The following specifications are based on the assumption that the track is running at the front of the Club table. 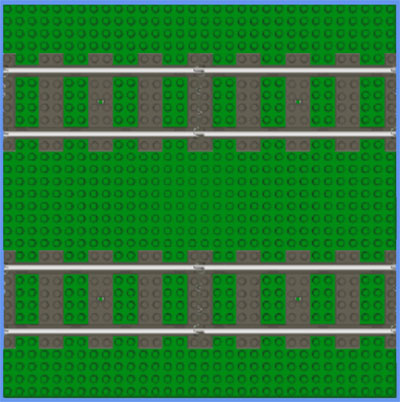 Curves are to be R 88 and R 104 curves supplied from any vendor.  At time of this writing the only vendor is ME Models.  LEGO made curves are R40 and limits club members for the length of cars the wish to create.  The R88 and R104 curves currently take up a 35″ square table space.  Members usually provide a 16×32 straight track segment to have the corner line up on 40″ boundaries.  Below shows the 5 32×32 base plates with 4 16×32 base plates to ballast the curves.

Prospective Members:
Please contact us if you are interested in attending. Additional information can be found on our Membership Page